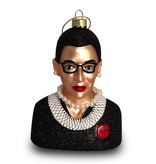 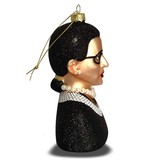 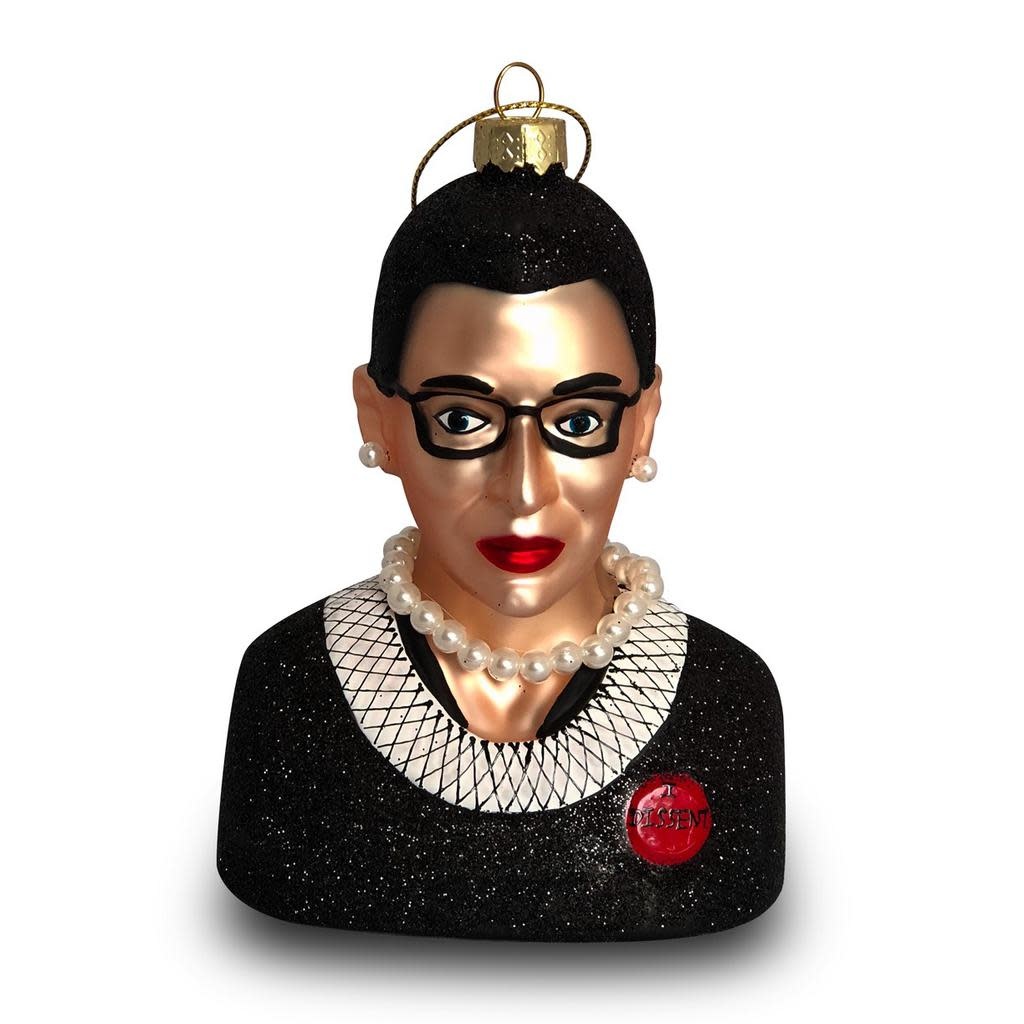 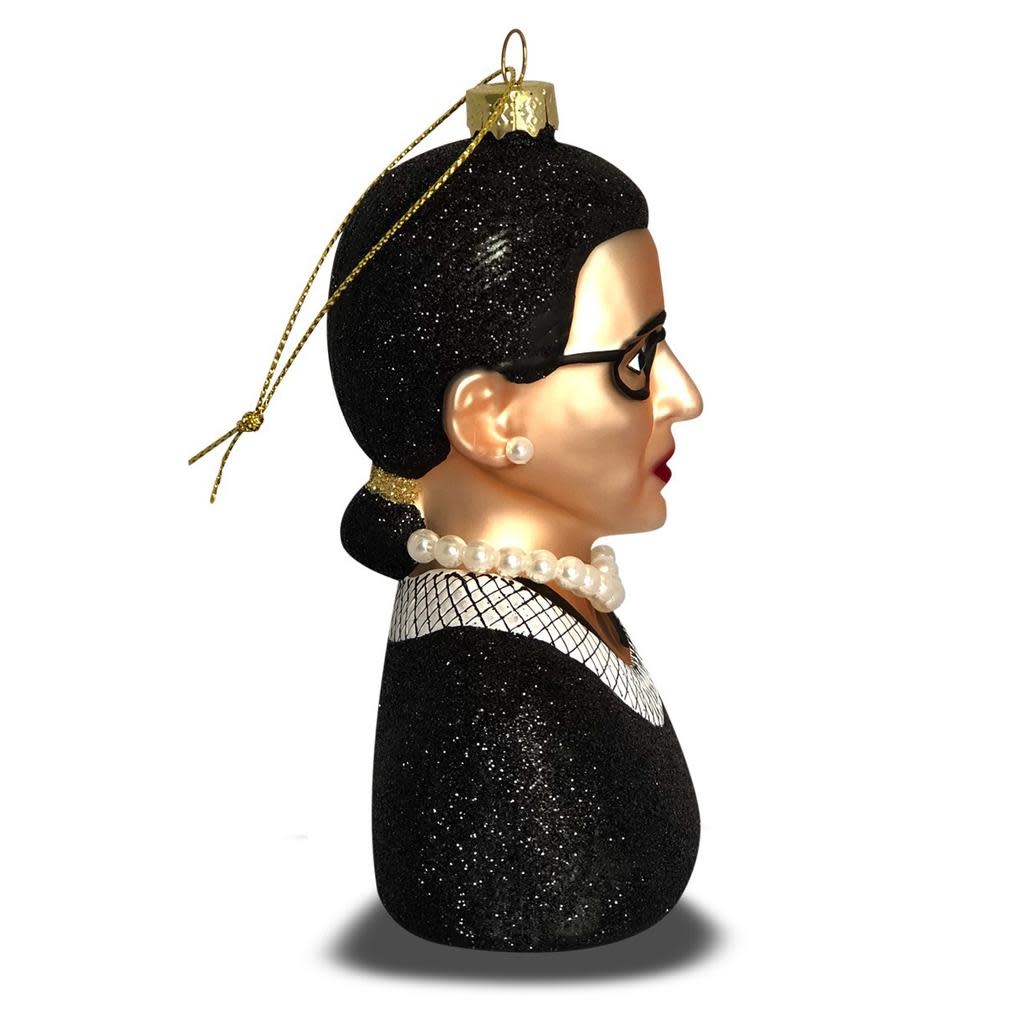 "FIGHT FOR THE THINGS THAT YOU CARE ABOUT, BUT DO IT IN A WAY THAT WILL LEAD OTHERS TO JOIN YOU." - Ruth Bader Ginsburg

Ruth Bader Ginsburg served as an associate justice of the United States Supreme Court from 1993 until her death in September 2020. She was the first Jewish woman and the second woman to serve on the Court. Generally viewed as a moderate consensus-builder, Ginsburg became more closely aligned with the court's liberal wing as it drifted in a more conservative direction during her tenure. Ginsburg spent much of her legal career as an advocate for gender equality and women's rights. Over time, she came to be known as a cultural icon due to her increasingly fiery supreme court dissents, earning the affectionate moniker 'Notorious R.B.G.'

This line of distinctive and stylish ornaments celebrate the women we admire. They are perfect for all seasons. Designed to be collectables, each ornament is crafted with care to ensure the very best quality. Each piece has been carefully glass-blown and hand-painted with attention to the smallest detail, then glittered and beaded. They will be great conversation pieces for your home. 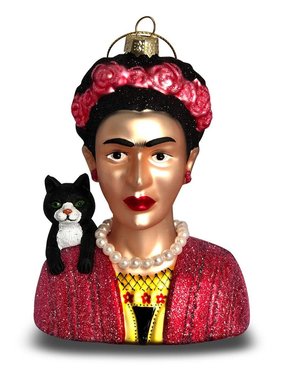 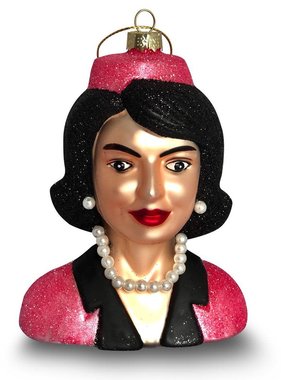 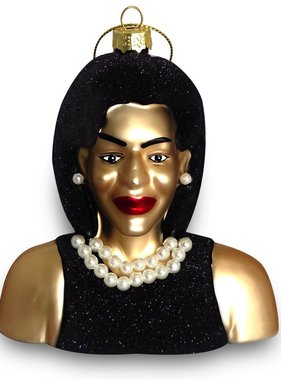 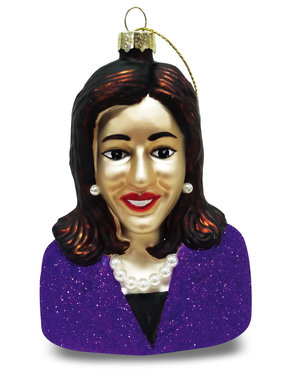